Whole night people send me links about how to enter Poland from Germany where many Estonians are stuck on the border.
Very sweet but I’m already in Poland. Besides I think that when our foreign service got our cyclists back from Lebanon the getting me out of Poland is a piece of cake.
At half past seven the GPS shows that I have 920 km to my destination. The forest is left behind. Before Białystok are road construction works where I first just drive through before I reach some yellow signs pointing to the correct diversion. The construction workers pay no attention to me. Then there’s a road with too many potholes for a fast evacuation.
Last killed animals on the road. There are a lot of those in Poland. Here are also a lot of vulcanization-signs. Last time I saw so many of those in Kyrgyzstan. In addition I’ll remember from Poland my surprise over the fact that people don’t speak any foreign languages. And that in bigger cities walking on the streets means constant passing through cigarette smoke. A lot of garbage on the ground and in nature. I got to introduce the idea of buying coffee with my own flask.
Before Lithuanian border I don’t see any passenger cars for a while. On the border I’m stopped by masked figures. They only have one question: Estonia? Okay, you can go. On the other side the queue of trucks continues for tens of kilometers. With Polish, Latvian, Estonian, Lithuanian, Russian registration plates. Already during the times when Schengen did not yet unite us the Polish border was a scary place.
In the gas station there’s a glass panel between the customer and the staff. Items can be passed from under it. No wrap allowed, only hotdog or sandwich. Before taking the sandwich from the oven the woman disinfects her hands. The café part is blocked with tape. No sitting.
By the time I reach Latvian border most of the passenger cars have again dropped away. Only me and transit of goods. The Latvians let cars with Latvian and Estonian number plates drive through without asking anything but the Lithuanian behind me is pulled to the side. No queue on the other side. Just as I expected, neither Lithuanians not Latvians were interested in keeping me.
The gas stations in Latvia work in the usual manner.
Estonia is dead end and can allow a total checking. A row of red lights as far as I can see. I use the time to write down what happened today.
Estonians are masters of drawing up and filling out forms. Everybody confirms sincerely that they do not do any money laundering nor know anybody who know anybody who is infected.
The virus has postponed my trip to Shetland into an undefined future. So the experiment of getting from Tallinn to Lerwick without using an airplane is postponed too. I can also pause learning the funny language of the Scots and move ahead to Ukrainian. I presume that nothing will stop me hiking a long distance trail in Estonia in May as planned.
Tomorrow I have to be in the harbor to restrict free movement of people. No roaming around the world. 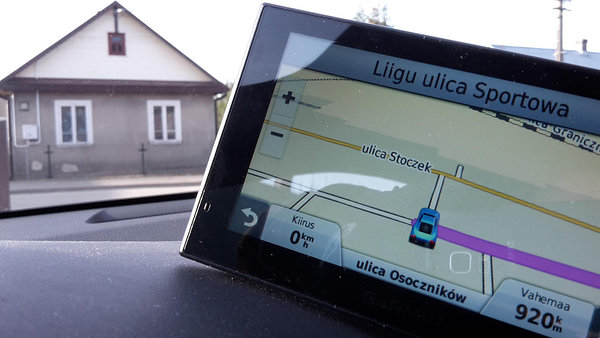 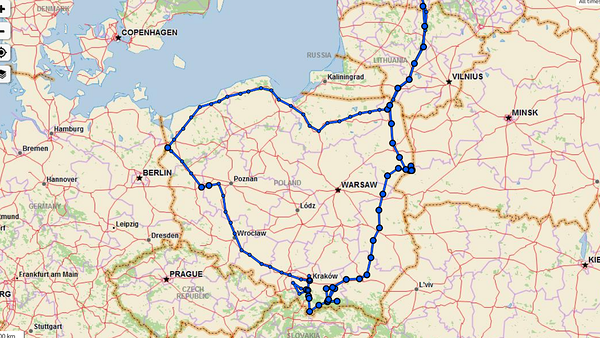